People who get too political bet boring. Their every sentence is a judgmental condemnation of something. Their brains have apparently undergone a transformation similar to leaving a Hostess Twinkie on a dashboard on a really hot day.

The political ones coax each other to it, claiming that if you don’t get in on the political debate you couldn’t possibly prove your intellection.

They stand in an imaginary place that they feel is above everyone they perceive as lesser.  They point their fingers and mock everything about you, from your annual income to your lifestyle to your birthplace to your supposed level of intelligence. And if you happen to prove your knowledge base with data, they swiftly deny your data because of whatever random personal fault they choose to notice that day. Never mind having a conversation. For the political, every subject is a debate (even your birthday). They seem to prefer the hot takes* and the puke funnel** to a chance of waxing eloquent. They have a predilection toward controversy. They believe many things that are absurd and strange and illogical, with the sole backup of the traditions of their chosen party. They have facebook pages that look like propaganda and that hint toward surgical scars on their frontal lobes. They have piles of tweets that are so single-minded as to be narrow-minded.

If you find yourself making excessive political comments and posts and tweets, don’t worry, there’s a way out. Be aware that you can become normal again. Start by cutting back on your CNN and FOX intake; stop using words like “popinjay”, “redacted”, and “kakistocracy”, and start using words like “syzygy”, “intergalactic”, and “dashing”. Not only are those last three words fun to say, they’ll lead you to other places entirely. More positive places. They will help you stop poisoning your brain with judgment of others and start your progress into realms of praise. You’ll find yourself becoming fun and interesting again, instead of dull and lifeless.

(*Hot takes are intentionally controversial comments on current events that are constructed with very little, if any, research and even less thought.)

(**The puke funnel is a device invented by lovers of politics so that they can get more politics down their gullet.)

My favorite sport, mountain biking, is no doubt an extreme sport. It has killed people. Or maybe I should say people have killed themselves by doing it. The most common deaths I’ve heard about were when people have fallen off of cliffs.

Interest in the sport has exploded in the last ten years, from 2007 to 2017. I’m equal parts encouraged and disappointed about the statistics.

Disappointing thing next: The trails can be super-crowded some days, and too many people on a singletrack trail can ruin the experience, as well as the trail.

I’ve seen people who are really skilled, experienced bikers break bones; inexperienced bikers however, can be hazards to EVERYONE on the trail, not only themselves (depending on the difficulty of the trail, of course). Most trails are not physically marked and locally rated for difficulty level. There are web sites and books that you can reference to find the difficulty of specific trails. In my opinion, most people either don’t check the ratings, or overestimate their abilities.

Actually, that’s kind of funny. Because I don’t respect the ones who underestimate their abilities either. Recently, I almost ran into this guy who was covered head to toe in armor. He looked like that kid on A Christmas Story who gets bundled up by his mom so you can’t even see him under all the padding. Anyway, this guy was coming down the hill and not stopping for anyone. “Watch out! Watch out!” he kept yelling. Protocol and courtesy is to stop for uphill traffic, and I was going up, so I yelled back at him, “Use your brakes!” but he acted like he didn’t have any. Maybe he didn’t. I could give him the benefit of the doubt on that—except that I did see him slow down. He aimed his motorcycle helmet at me and said, “Go right!” And that cracked me up even more than his padding. I don’t think he could see the sarcasm in my eyes, but I’m sure he heard the laughter. I laugh loud.

On some singletrack, there’s no left or right, there’s extreme drop on one side and impossible climb on the other. It is singletrack after all.

So I paused and prayed to the God who made the mountains that this oblivious, bundled up and bungled, child wouldn’t hurt anyone—and hopefully wouldn’t return. He passed me safely enough. But I hoped that maybe since he was so scared of getting hurt he would sell his bike and buy a skateboard. And while he was skateboarding, he could wear that same padded suit. 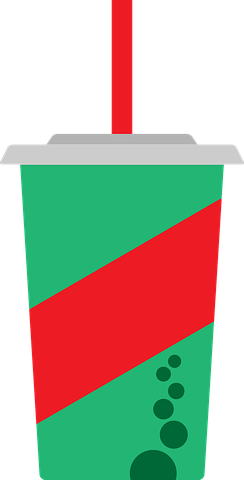 You heard it here first: All About The Skater Diet!

Despite all of these differences, they all have one thing in common, and it’s not that they all have traces of the Ocean Mother in their bones. The thing they all have in common is that they are all thin. Scrawny, even. It’s a secret that has eluded mankind for ages: Why are the skateboarders all as thin as sticks? I’m about to divulge that secret. All you have to do to find out what I know is to send me 19.95$ in freshly drawn ATM currency. JUST KIDDING! Send NO money! I’m going to tell you for FREE!

Here’s how it works: First you have to go get yourself a skateboard. Don’t worry about the quality of this item, because you’ll have it trashed in about a week. The important thing here is that you get a board; it could be a stick with wheels, just get one. Then you ride it. You ride it hard and you ride it a lot. You ride it down the street. You ride it to your local skatepark. Does it matter if you know any tricks? No. Everyone has a first time. The tricks will come, so don’t worry. If you’re a little bit nervous about going to the skatepark because it’s a new set of peers for you, then use this simple disguise: put five Band-Aids on one of your elbows, and another one on your forehead. Everyone there will assume that you had an accident that left you off balance. But that’s not where you should focus. Do you want to diet, or not? Don’t get me distracted. The rest of The Skater Diet is that you skate all day. You only take a break around lunchtime, when you go to the closest convenience store (7-11 is recommended by 4 out of 5 skaters) and buy the largest sugary beverage you can buy. You take that with you, and you skate out the rest of the day.

Simple, right? And it works! I personally know people who have lost tons of pounds by doing this fabulous diet program. Even better is that The Skater Diet is legal in the U.K., Australia, North and South America, and even Japan! Get yours going today!

One of humanity’s worst fears is kind of a Frankensteinian fear. We fear that we’ll make something so powerful and intelligent that we will end up serving it. Robots are our new Frankenstein’s Monster. They can have superior control, advanced tools, super powerful limbs, and nearly prescient intelligence. Of course, a robot with artificial intelligence can only be as smart as the smartest person who programmed it–except that many of us who work in the field of programming don’t work alone, so the intelligence is compounded.

Not long ago, in the news, we saw that self-driving cars already messed up royally. That happened fast, didn’t it? So how long until an AI robot takes over your house, just like everyone fears? See, we can all learn a lesson from Star Wars. “Droids” were everywhere in that movie world, but did you see anyone really respecting the “droids”, or making close companions out of them? No. Did Luke fly a self-piloting speeder? No. He was the pilot.

What else can we learn from Star Wars? If you’re really smart, you make your closest companion a Wookie, not a robot. Make your closest friends people who have telekinesis, not artificial intelligence. Make sure you have the ultimate control over any and all robots in your house. (Heard of emergency protocols? If not, you will.) And make sure whatever vehicle you choose can be piloted by you—just in case.

One of the best things I ever heard come out of any scientific mind was when Stephen Hawking said that we could travel at the speed of light if we would only peel off the nonessential parts of our personal mass.

Isn’t that a great analogy for death? Our spiritual self becomes free from the handicap of a limited, mortal shroud. Is a spirit massless? What we know about life is limited. What we know about death is likewise limited. How is a person made? How is a person unmade? When is death really certain? When does life begin? Some say before the temporal body is conceived, life begins. Others claim that only after the baby takes its first breath, life begins. These are all valid points of view, and worth considering. Scientifically we can see that life is in the smallest parts of a person’s birth, but whether those parts still belong to the mother and father, or if they already have a life of their own is still up for discussion and discovery.

If our intrinsic mass is the only thing slowing us down from traveling the speed of light, then how do we manage to shed off the inessential portions without actually dying? It’s definitely an interesting and fun thing to think about: What are the essential parts of the human form? What is the ideal mass for something to travel at the speed of light? Hawking may already have discovered the secrets.

So far, there is only one thing we know of that can travel faster than the speed of light, and that is thought. And thought is easily defined as having no discernible mass, so it fits neatly in Hawking’s physics.

One of the things limiting us to patrolling our own galaxy is the fact that it takes us so long to get from one place to another. Right now, we’re settling for the idea of having outposts on the various planets and moons and other space-rocks that could line the way for us to explore elsewhere. We would leapfrog our way out. But if we could master the reduction and simplification principle, we might go much farther in less time.

Food for thought, via the skyward thinking of our dear Stephen Hawking. See you on the other side of the unknown!