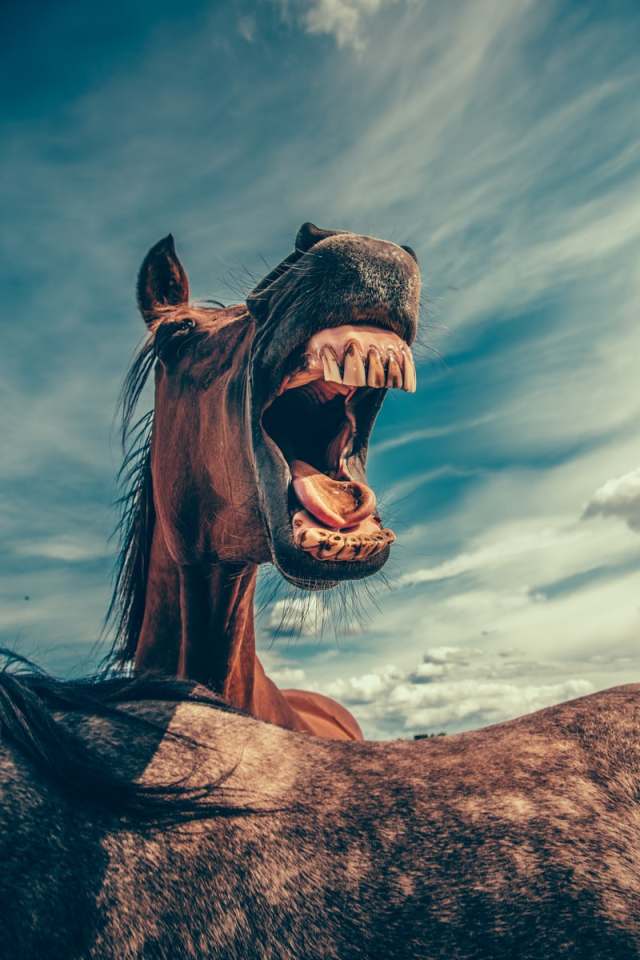 There are all kinds of scientific studies that say laughing will make you less hungry, or laughing will help you lose weight, or laughing will keep you healthy. But where is the scientific study about what my laugh does to other people? Does it help other people, or does it hinder them? I mean, wouldn’t it be good to know if I’m walking through a hospital or something and I suddenly laugh really loud, like this: HA! and it makes someone’s condition get worse? I wouldn’t do it if I knew a laugh had negative effects.

This curiosity isn’t baseless. I remember way back when there was this thing called “peer pressure”. In a system of peer pressure there are two ways to perceive a laugh. One is when you’re with a group and someone tells a joke, or does something silly stupid and makes everyone laugh, including you. The other way is if you’re away from a group, outside the circle of hearing or seeing what was so funny, then everyone laughs…which leaves you wondering if they’re laughing about you.

In the natural animal world, there’s this thing we call a “pecking order”. It’s totally real. And it’s a “pecking” order because we get the idea from chickens. Chickens will literally peck the weakest among them to death. Not so funny, except when we humans apply the idea to ourselves. Could you imagine finding someone you think is weaker than you and then smacking them to death with your face? Do you know how long it would take? You’d be face-smacking for a month and you’d probably hurt yourself as much as them.

Horses bite each other, but they also kick. They’ll establish superiority by kicking the weak ones. Horses may have taught humans a thing or two. We kick each other all the time.

Another thing that horses have in common with humans is the sounds they make. Horses have a distinctive sound. We call it a neigh. It sounds suspiciously like laughter. Most people know exactly how a horse’s neigh sounds, and find it easy to mimic the sound.

If you lived by a horse pasture and you still felt the squeeze of peer pressure, would you sometimes hear the horses and wonder who was laughing at you? Would you look around for the group of your peers? Would you wonder what was so funny?

The jokes on you. It was only an animal.

I’d like to conduct that particular scientific experiment. I’d gather a group of teenagers: junior high to high school age. They’d have to be unaware of all aspects of the experiment. They (the teens) would have to be placed in a familiar environment, like a school hallway. Then I’d introduce the horses somehow. Several horses near an open window should do the trick. Let the horses make their natural noises and monitor the immediate reactions of all the teens.

Would the teens suddenly become self-conscious? Would the boys check their flies? Would the girls check their make-up? How would they react? No one knows yet. That’s why we need the experiment: to see what would happen. Sure we could try to predict, but even our experience in the same environments, schools of our formative past, can’t give us all the knowledge.

I mean, I remember a friend of mine laughing so hard he squirted milk out of his nose, the rest of us busting up like we were absolutely made of laughter, and all the heads in the lunch room turning to see what was going on. But a lot of memory is made-up fiction. Most of us remember things, especially when we were laughing, with a cloud of embellishment.

The reality is, I’m curious. I want to know what happens when others hear a laugh. I want to know what’s the worst, and what’s the best, possible outcome. Do the teens get accustomed to the sound of the horses? If we replace the horses with actors performing their most outrageous, contagious laughter, do teens join in with the laughter? Or do they run and hide? Could a pimply, anxious kid become so full of anxiety that his pimples all explode at the same time? Would he view that as a benefit? Would he grow up to invent the Laughter Acne Reduction Program (LARP, for short)?

These are all things science needs to discover. There are teens out there who need fewer zits. There are people out there, teens included, who need more laughter in their lives. There are horses and chickens out there…yep, there are.