Even though I love the Easter Jeep Safari, I decided to zoom on over there before the place got too crowded.

Moab is a fun place to be. It rained a little while we were there, and it was interesting to see so many people unconcerned about walking around in the rain. Not only were they walking, but they were driving those little ATVs and UTVs around like they didn’t care at all that they were soaking wet.

One thing about the off-road culture, you do get in the weather, all kinds of weather. I guess if you’re going to get into a rugged hobby, you’re probably a fairly rugged character. So, what’s a little rain?

People who own a Jeep can plan on changing out a few, if not all, of the parts on their Jeep at some point in their ownership. I have one, so yes, this is first-hand knowledge. I’ve had to replace parts I never knew existed. Even while I was there in Moab.

Did you know that every Jeep is fitted with an anti-rollover gyro-rotor? You didn’t know that? Apparently this is the most commonly stolen part, so it makes sense if many Jeeps don’t actually still have them. It may have been ripped off of the Jeep you own at some time. Scavengers are everywhere. Even in your own neighborhood. I had to replace mine while I was in Moab. This nice man told me about that mysterious part. He was just walking through the Taco Time parking lot while I was in the drive-through, and he noticed mine was missing, so he sold me one on the spot! You really meet some nice people there in Moab, and this guy was the nicest. He said the gyro-rotor usually goes for a whopping 1500 US$, but he sold me one for 500 US$. In case you’re wondering, it looks like this: 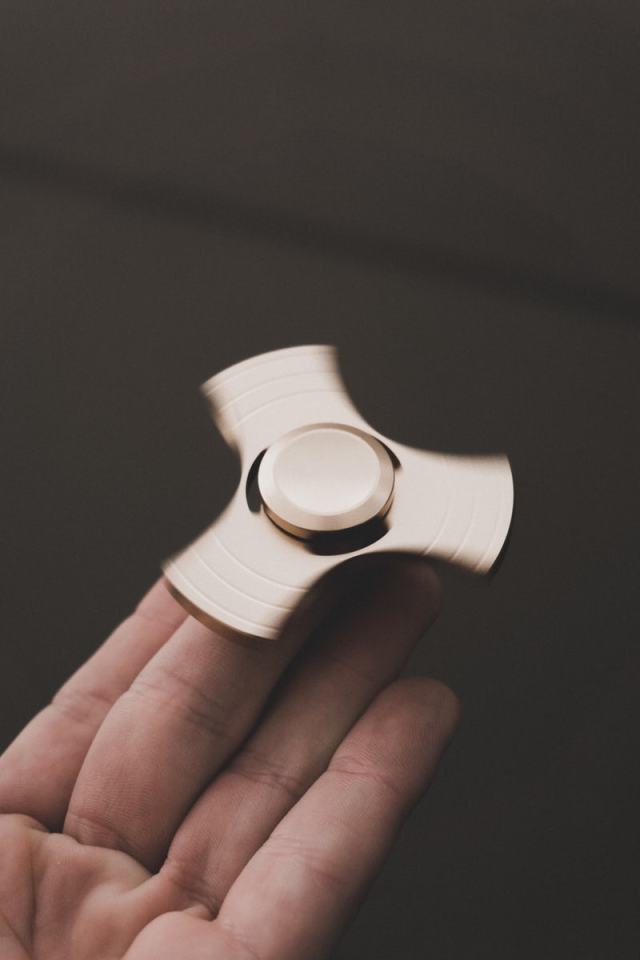 Jeeps are great, but I don’t want to jabber on about Jeeps all day. There were some really super cool alternative vehicles over there in Moab. I actually saw a couple of these Cars-like cars. I only got one good picture though, and it was of this familiar looking character.

There were tricked out Tacomas and other trucks too. There were some crazy looking military vehicles. There were also some vehicles that probably should never have been taken off-road that were still off the road. I swear I saw a Corolla out there in the sandstone, among other cars. Oh well, some people don’t have any respect for their vehicle until it’s broken, then suddenly—-respect!

Besides the obvious off-road adventures, there are loads of other things to do in the areas around Moab. Arches National Park is a popular destination for a lot of people. It really is magnificent. And as far as landscapes go, Arches National Park is one of the most photogenic. The sandstone arches that decorate the area are what inspired Bill Watterson to draw the alien landscapes in his famous Spaceman Spiff* comics. You didn’t know that either, did you? I’m full of mindless trivia today.

Saw this little lizard out there.

He paused for a picture, and showed us his tail. Someone must have tugged on it too hard and pulled it right off. Now his tail looks like a piece of licorice. The culprit might have been this guy. 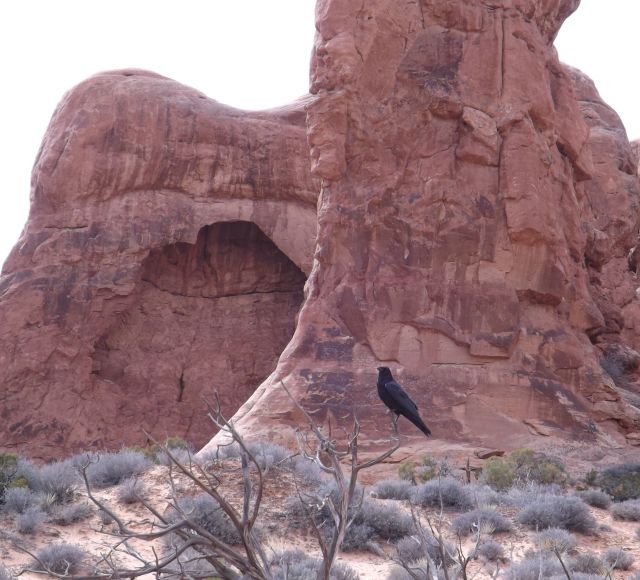 Look at him, sitting out there, trying to be inconspicuous. Sure. We believe it. Just kidding. Crows and ravens are usually scavengers. They don’t attack live…wait a minute…scavengers? I’ve heard that word somewhere before. Do you think this bird took my gyro-rotor?