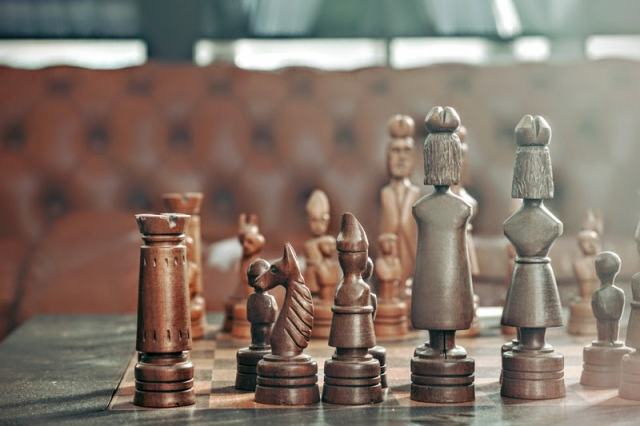 It seems to me that a lot of scenes in life relate to chess moves in one way or another.

You can definitely get farther if you know the moves. You can advance yourself further if you weave the concepts of chess moves into the fabric of your current mental constructs.

Power moves are those that cover the critical parts of the board, or critical opposing pieces, with one or more of your own pieces. Attacking a queen with a knight, for instance, is a power move. Putting a king in check while simultaneously attacking a queen with your knight is a very powerful move.

Protection moves are like secondary power moves. To protect one piece, you might set up a chain-reaction of power movement, if the opponent chooses a course of action. To keep it simple: your bishop might protect a pawn or two, and if the opponent takes one of your pawns then the bishop reacts.

Common moves are like a pawn moving forward one square. Simple. Direct. Common.

Legal moves are those you and your opponent have agreed upon before starting the game. If a change takes place without the consent of both sides, then the move is illegal. You can’t make up your own rules. Especially not mid-game.

Sacrifice moves are those you make when you give up an important piece. Usually sacrifices are made to gain some other important advantage. Losing your queen is fine if you can checkmate your opponent.

So how does it all relate to real life? A knight move could relate to any time when you appeared to be heading toward a goal and then turned abruptly to achieve something better. Like aiming at being an extra in a movie and then getting a speaking part. Like taking some time off of work to relax and actually knocking out some chores at home.

Maybe you have some obstacle to your success. You can’t see around it. You don’t know how to get to your goal on the other side of this obstacle. Using a chess move, you might send in some pawns to dismantle the barrier, or you might send a knight leaping over it, or you might send in the queen to power through everything and clear your path. However you choose to succeed, try taking on the problem in different ways. Nothing kills a good game of chess worse than repetitive moves. Try new tactics and come out victorious.