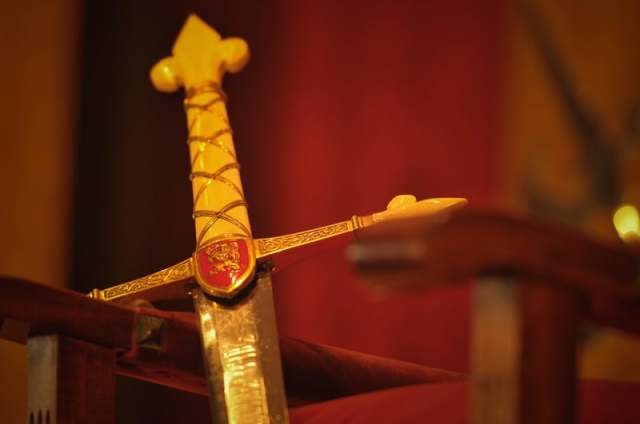 Already a dragon had eaten nine men. Unwilling to give in to death, they thrust their legs out his belly and drove him around. Still fearsome, the beast was more so with eighteen more legs. One of the men was directing the head so it lolled from side to side as if the beast was drunk or chasing flies.

The dragon was perhaps only a merry distraction compared to the armies of the enemy waiting for us on the far hill. Though they were far away, I swear I could smell the lifeless stench of their breath. Within their ranks were many vile shouts, obscenities aimed at our own army. Like the men who had been swallowed by the dragon, we refused to be intimidated. Their stench and their vitriol and their awful stench was no match for our determination. They would find out soon enough. They were racing down the hill toward us.

Between our two armies was a valley, a deep chasm, and a bridge. Neither their army, or ours, owned the bridge. We all knew it would be a decisive piece in the battle, that bridge. Our side began the race too.

It seemed we had the advantage at first, but soon their army appeared to be gaining ground faster than ours. We couldn’t let them take the bridge, so we rushed on.

As both armies reached the bridge, it should have been obvious to us all what would happen, but we missed the obvious. We charged onward, fearing nothing. The throng before, and the throng behind, pressed forward so swiftly we met in the center of the bridge. Then the hated breath of the enemy was even more evident. Evidently horrible.

As there was no battle to be had, none could be won. The chasm was only one obstacle. Our zeal another. 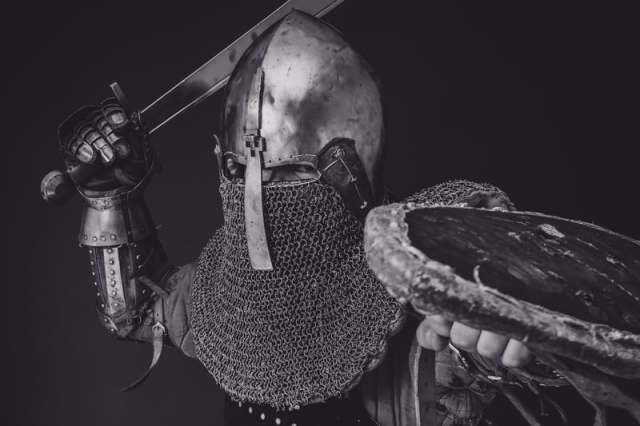 The game was called a draw. Referees came and split us all. “Go home. Go home,” they said.

Nine men climbed out of the dragon, putting it away in the portable storage unit. Sixteen men disrobed, t-shirts beneath their armor, stowing their gear in duffle bags. Twenty more men and women put cardboard spears, knives, swords and shields in their vehicles in the parking lot. Fifty more disappeared, back over the hill from whence they came.

My own gear went in the back hatch of my 1973 Gremlin. Spaulders, hauberk, gauntlets, everything went in the car—even the hardened foam sword of which I was so fond. I threw the sword in only to misjudge the distance. It hit the passenger seat, bounced off, spun around and “stabbed” me in the heart. I was so surprised I lurched backward and fell in the dirt, the foam sword falling next to me. I lay there for a moment laughing at myself. The indecisive battle was now won—in favor of the other side.