I’m really not sure if it’s named after Neil or Lance, but the Armstrong trail is a fun one. 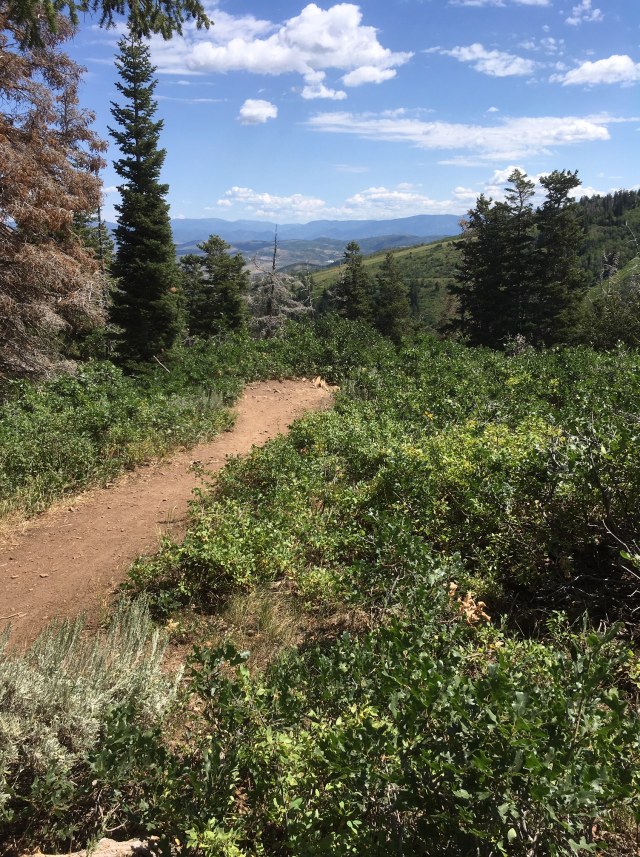 I actually heard about it from a doctor friend of mine. He kept raving about the trail. Then I tried it (with another doctor friend of mine), and found out he was right to rave. The trail is on a mountain near the ski runs, but it’s obviously too far in among the trees to offer much fun for skiers, unless they were doing cross-country skiing.

In the photo above you can see the grooming hills, where skiers play “crash and swear” in the winter months.

The location and slopes are ideal for mountain biking. I was moving slowly going up, feeling the dragging effects of that ice cream I ate the day before, pacing behind most of my friends, but when we got to the downhill I rocketed ahead. Being a downhill rocket is my purpose for living, I’m convinced. The downhill was smooth. It was eligible for some awards. Not many jumps though. Not many chances for catching air.